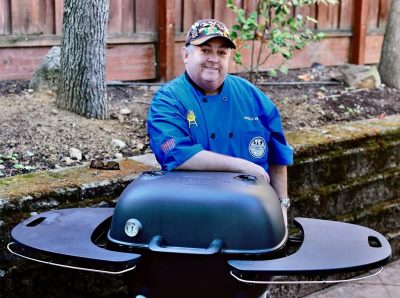 Jay Goldberg (Known as Ukulele Jay BBQ) grew up in Los Angeles moving to Colorado at age 11 where he grew up skiing, hunting, fly fishing and hiking in the Rocky Mountains. He eventually moved back to Northern California’s Castro Valley, Jay’s passion for food continued where he planned to attend the California Culinary Academy in San Francisco but ended up going to college where he earned his bachelors degree in criminal justice management and graduated law school with his Juris Doctorate. In college, he cooked bbq for his friends on a rusted out Weber kettle which gave him the bbq bug.

Jay went on to serving more than bbq as a volunteer fire dispatcher, volunteer firefighter, and finally working patrol as a reserve police officer in Northern California before going into law enforcement as his first career. Jay has always helped people and has found cooking to be a great way to reduce stress and having fun. Jay eventually retired from his distinguished full time public safety career for a calmer lifestyle.

Jay has led companies in the technology sector for the past 25 years where he is currently the chief operating officer for a major technology consulting firm in San Francisco, CA.

Jay is an SCA certified judge, judging at the 2021 SCA World Championships, He has cooked with a celebrity chef at the U.S. Military Food Show in San Antonio Texas, and recently won awards at the SCA competition for his Ribeye steak and chicken wings. He was also awarded 1st place in the D.a.T. Sauce 2022 National Charcuterie Video competition which demonstrated he has many culinary skills beyond BBQ!

You can read all about Jay, and see many of his prized recipes at Ukulele Jay BBQ 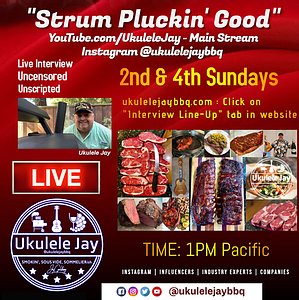 Be sure to follow Ukulele Jay on Instagram. From cast iron and cold smoking, to sous vide and charcoal, you will get to see him make “strum pluckin’ good” food throughout the week! 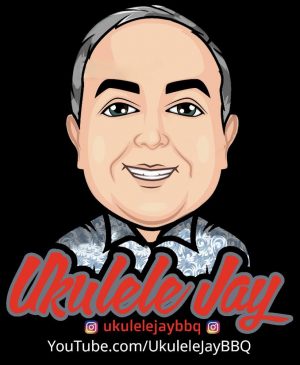